I can't believe Berlin is already 6 weeks old.  I have been enjoying her so much more than I thought possible.  I didn't enjoy Olivia this much when she was an infant because I had so much anxiety about what I didn't know, and wanting to do everything just right and be the perfect mom.  Add in reflux and colic, and Olivia was one tough ride.  It is so nice to have more self-assurance the second time around.  There are still really hard days when the anxiety threatens and I feel in over my head, but I love having two girls.  There is seriously so much magic in our house with these two, and such an incredible spirit.
I have learned (and been blessed) to relax.  I'm finding out that, as long as my girls are content, I'm doing just fine.

Berlin is difficult to put down for a nap. For about the past week, she has only taken cat naps.  I know I'm doing everything right: I feed her, have some awake time, swaddle her, rock her until she is drowsy, and then lay her in bed.  She inevitably cries and sometimes I have to go in a dozen times to calm her.  Sometimes she doesn't ever end up going to sleep and I have to start all over again at the next feeding. Then it's a vicious cycle, because after a few hours she is so overtired that she has an even harder time falling asleep.  Also, she hates her swing, bouncer, and car seat and will not tolerate them for more than a few minutes so there's no chance of getting her to sleep with the help of those. It's exhausting and makes things pretty difficult for me because I feel like if I just let it go and carry her around, she won't learn to get on a nap schedule, but if I spend all day trying to get her down, then Olivia is neglected and ends up watching way too much TV so that I don't have her following me around, hanging on me and keeping Berlin up.  The past three days she has been awake from 7:30am to about 2pm, and today she only took a 20 minute nap between 10 and 5! Unheard of for a newborn!

I have written down a schedule and put it up on the fridge so I can make sure I am consistent, and also so I can see and make note of what she struggles with so I can make changes to meet her natural tendencies (when she gets hungry earlier, when she will and won't sleep) and then I'm not fighting her natural inclinations, but rather making them part of her schedule.  Then we will both know what to plan on everyday.  As far as the nap aversion goes, I'm hoping it's just a {terrible} phase that will pass quickly as she learns to self-soothe and fall asleep outside of my arms so I can get some things done!

Despite the nap thing though, she really is the sweetest little thing.  She is a calm, content baby (unless it's the end of a napless day) and seems like such an old soul in a tiny little body.  Maybe that's the problem.  Old souls don't need naps ;) 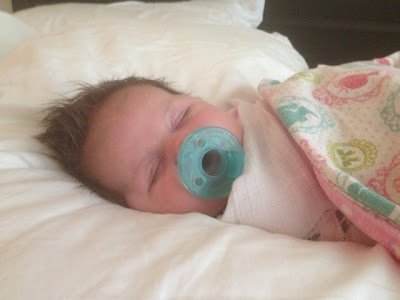 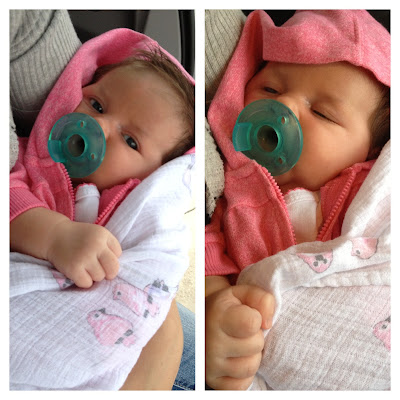 We are jumping with both feet into potty training with Olivia!  I am actually really excited to see how she does and how quickly she catches on.  She seems pretty in tune with her body and when she goes in her diaper, so I'm hoping it will be a pain-free process.  She hates getting her diaper changed more than anything, so it will be nice not to have those daily battles.  We bought her some Princess underwear, with a different princess for every day of the week.  My wonderful friend, Andrea, emailed me an ebook that she used and loves so I will post more about that if it works and our process once we are done! 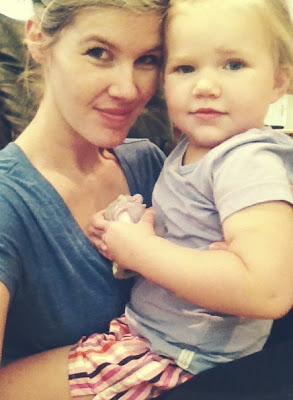