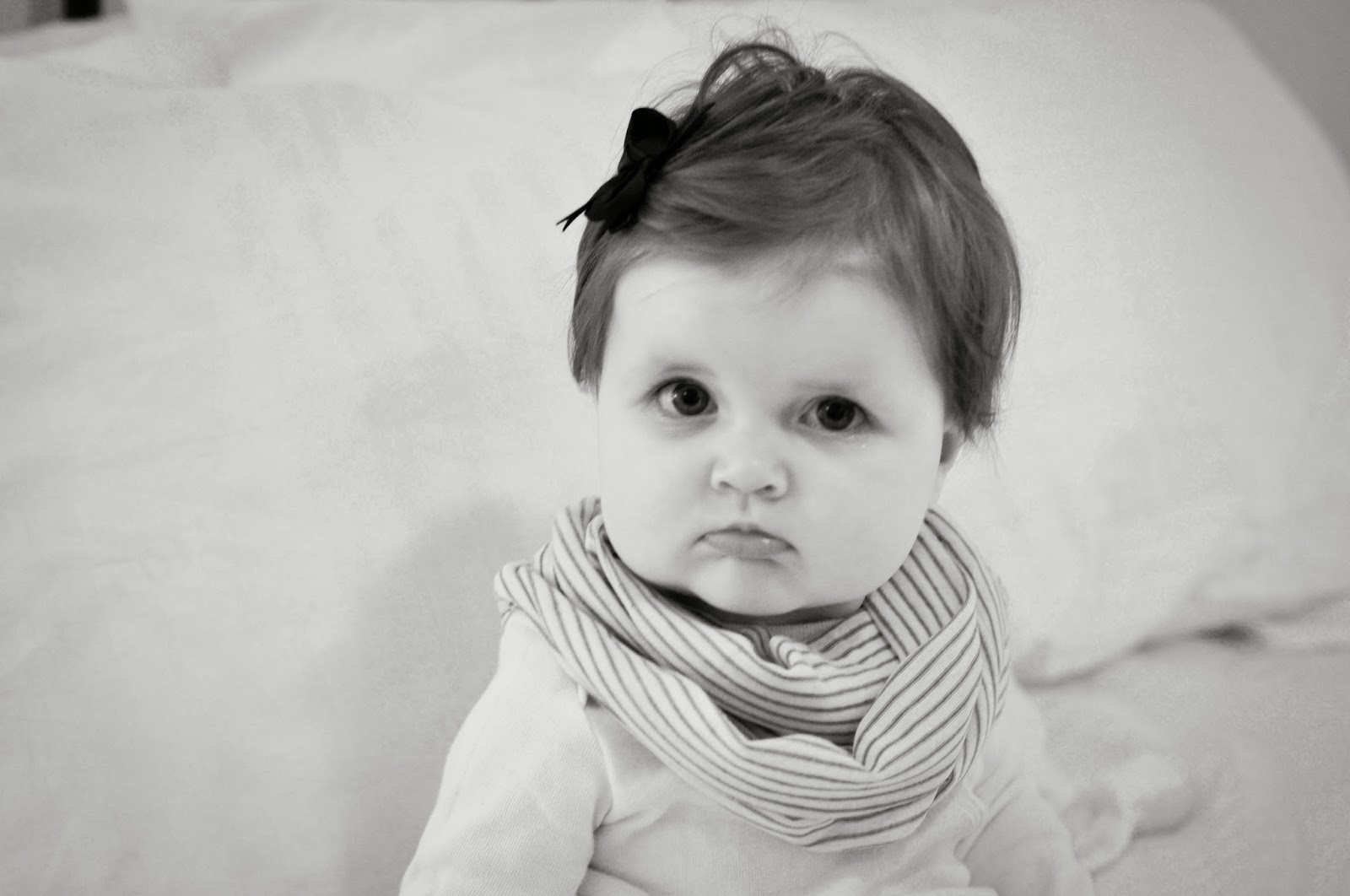 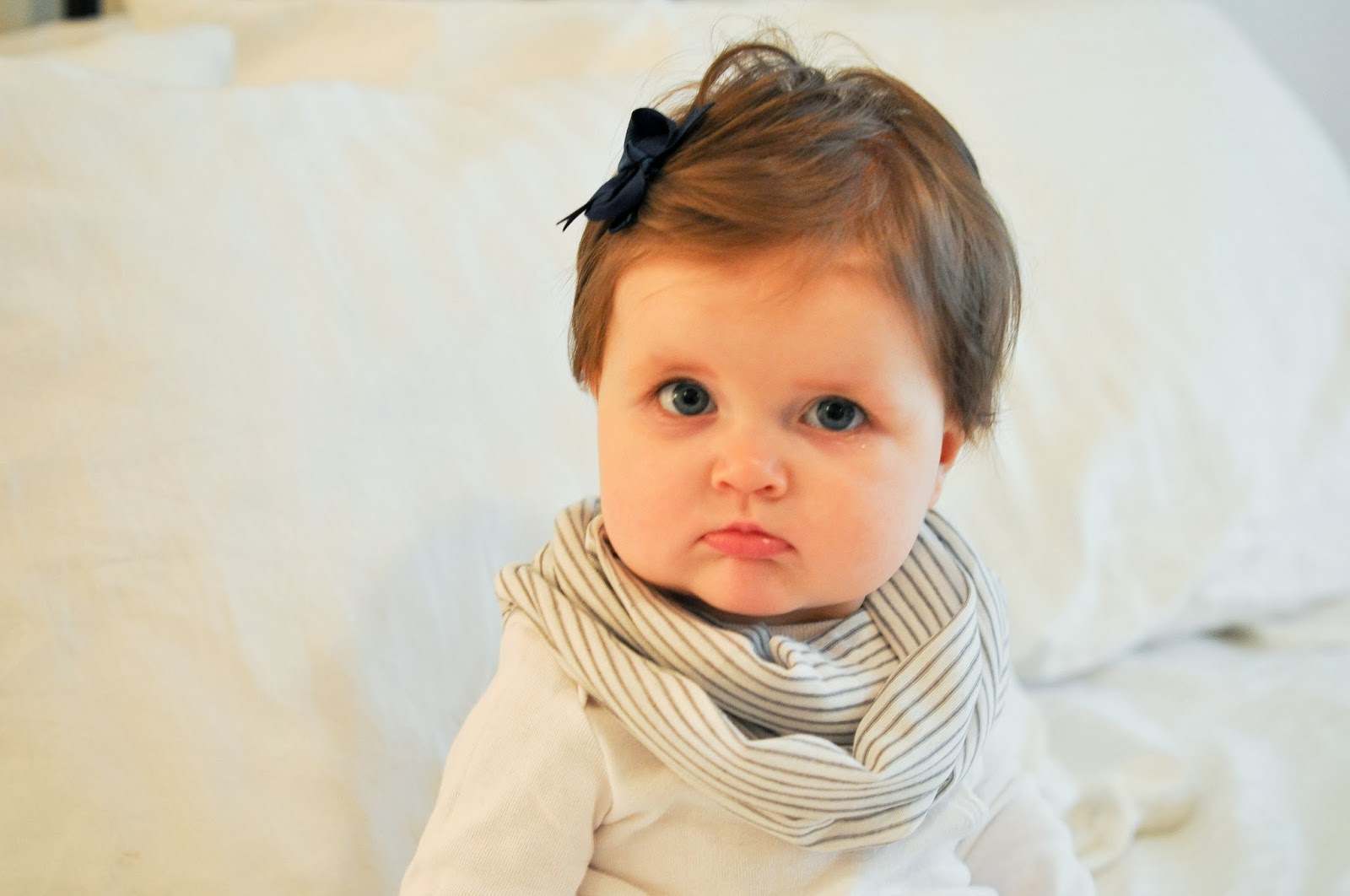 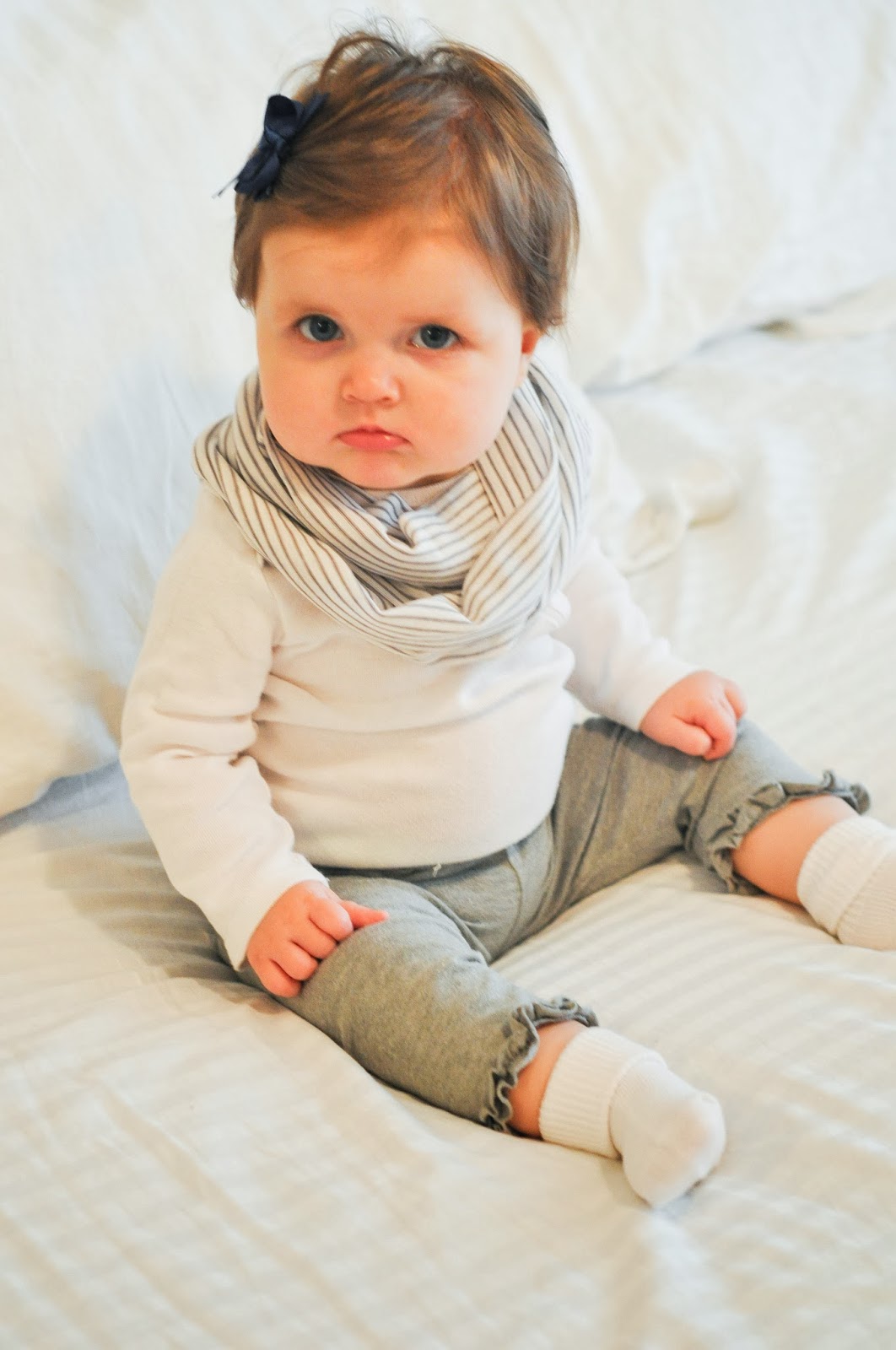 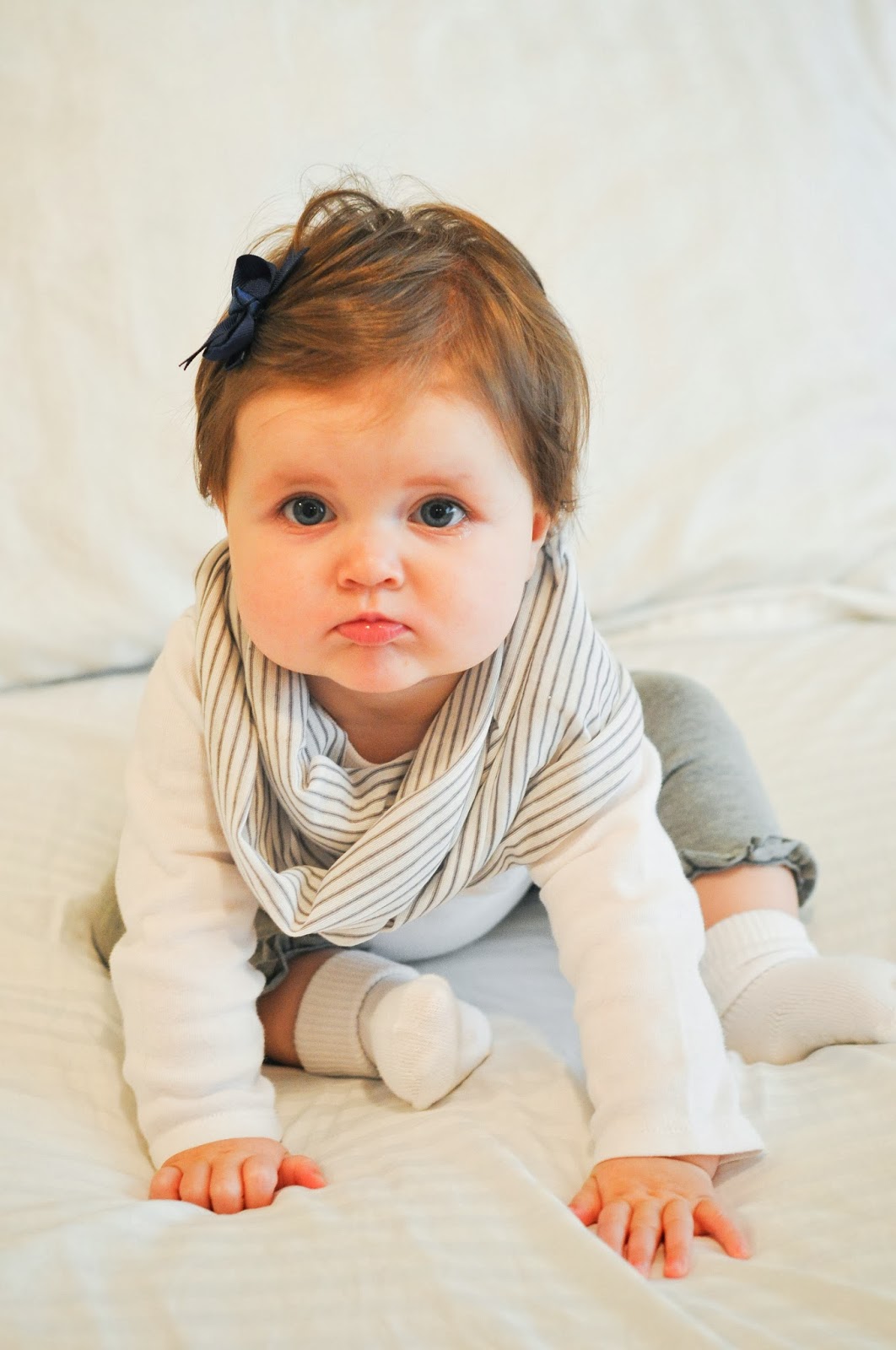 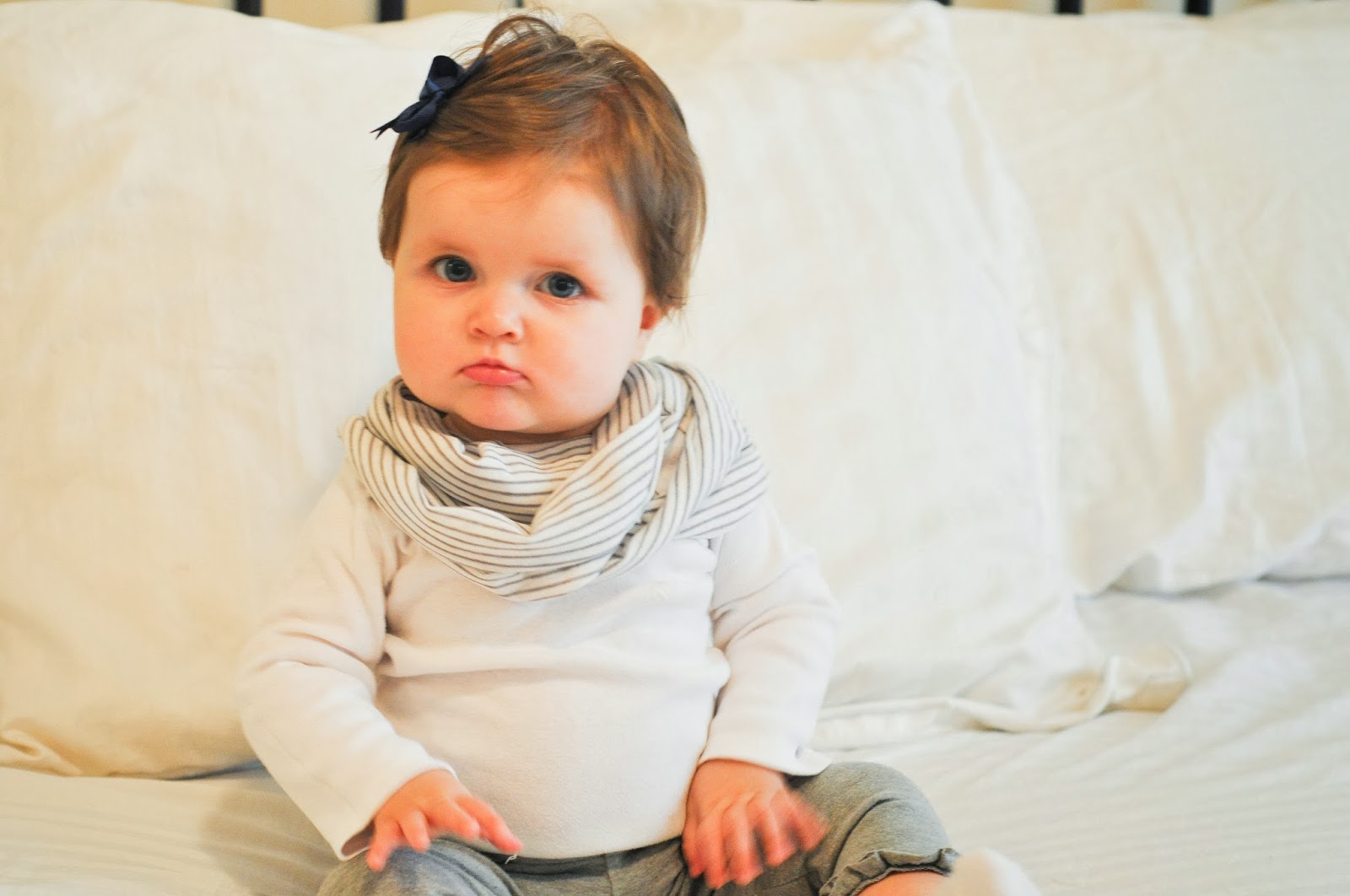 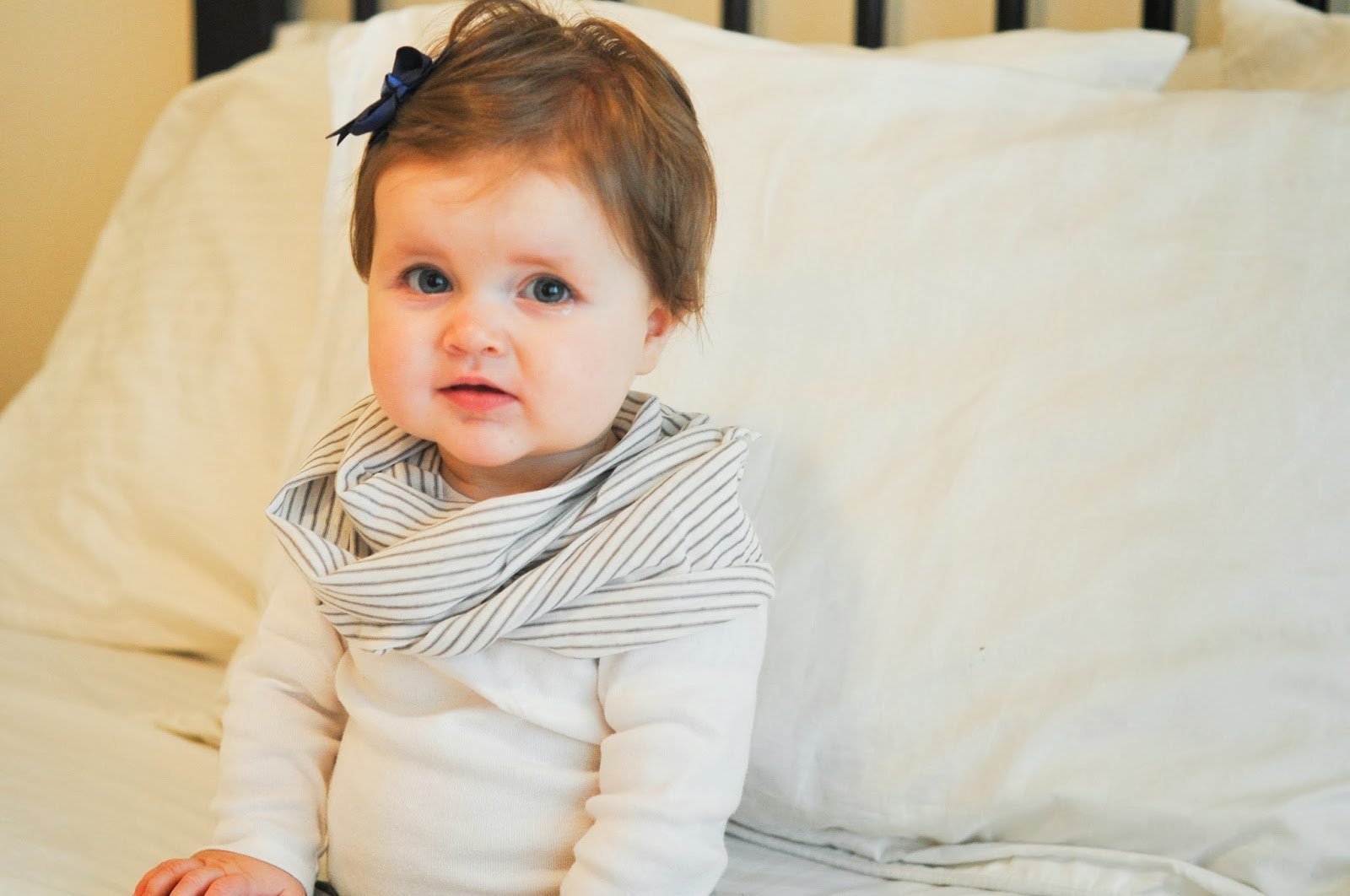 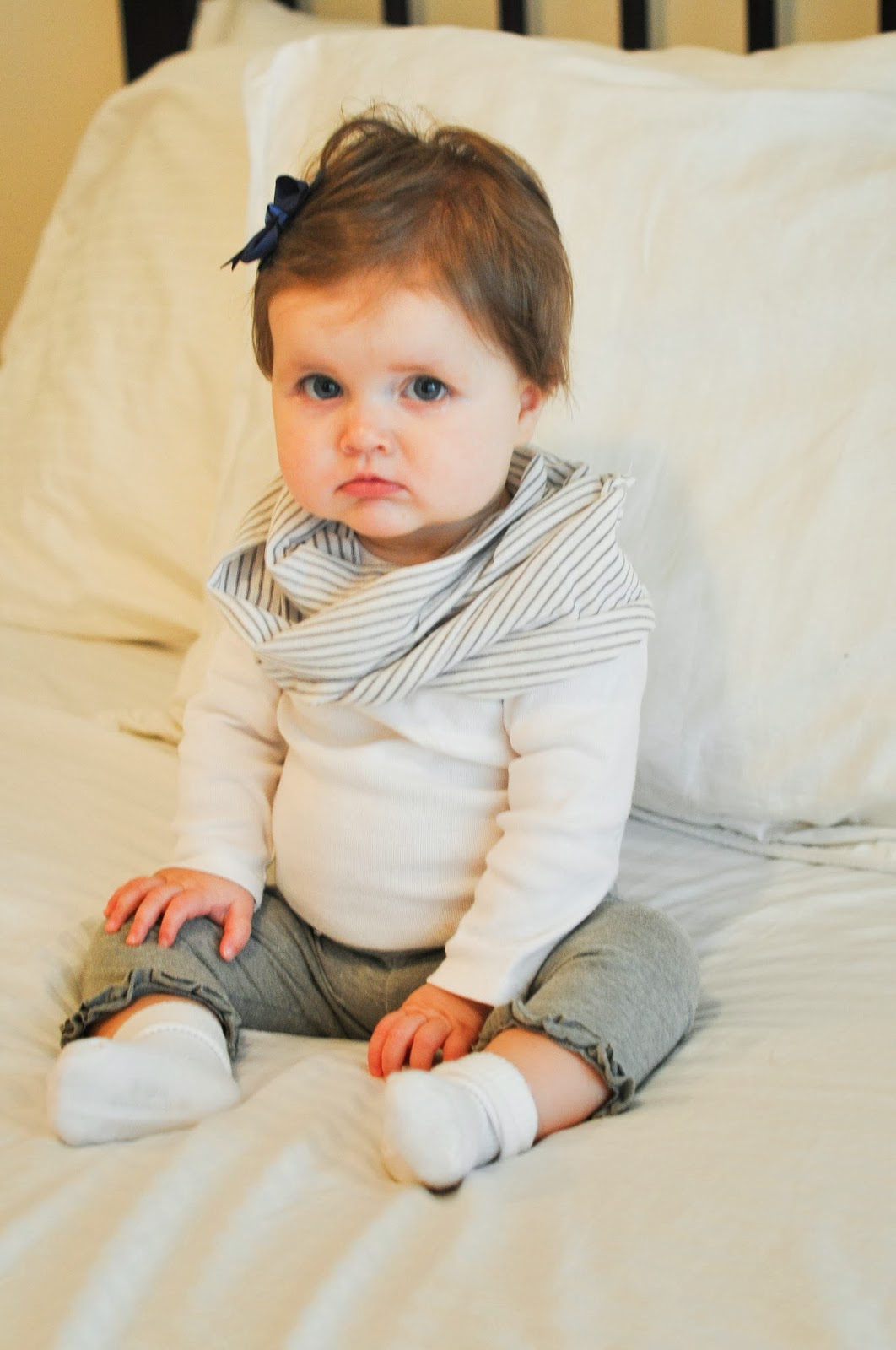 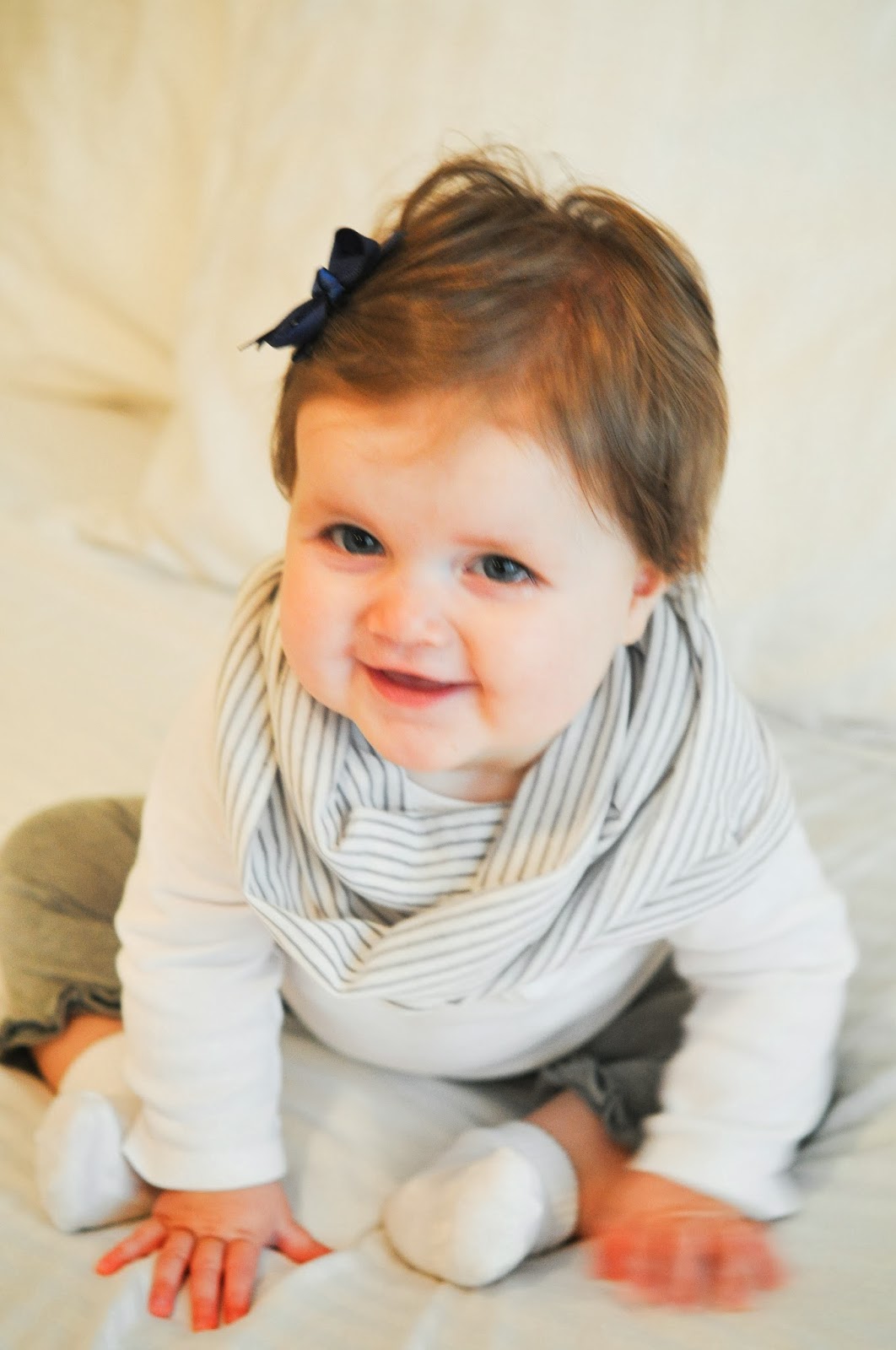 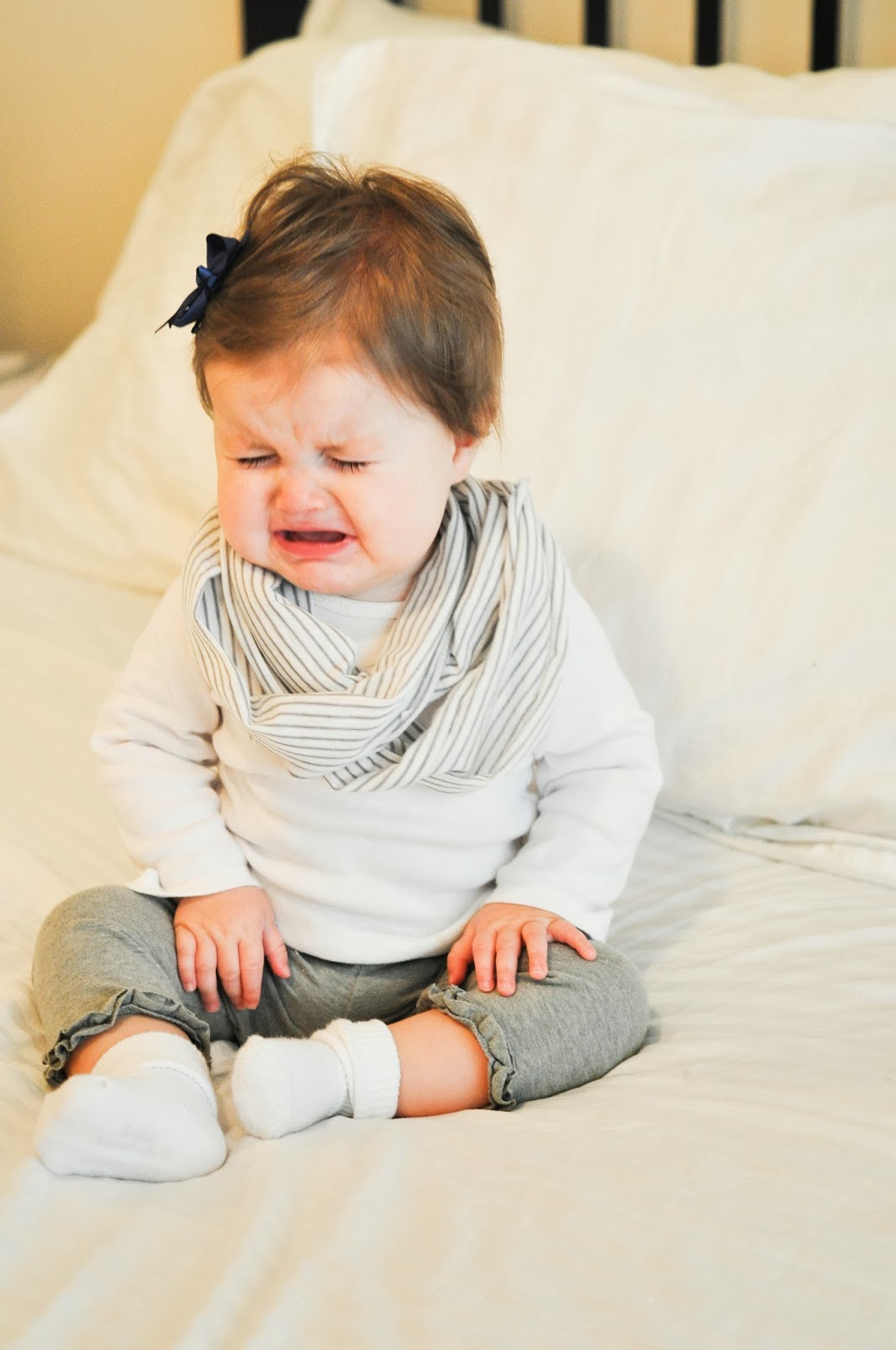 Our baby is 9 months old!  Haha I can't believe she is already at this point!

Especially because she has been heeding my request that she not grow up.  Case in point:
-She is not interested in crawling.  If she wants to move around, she rolls.  I wouldn't be surprised if she went straight to walking.  She doesn't even like being on her stomach. Liv was a late crawler too, and took her first steps the night before her first birthday.
-She won't talk.  When I try to get her to say "Mama" she just smiles at me like I'm being silly.  What's super cute though is Olivia has started trying to get Berlin to say her name :) "Say Wivi!  Bay, say Wivi!"
-Berlin has no teeth!  9 months old and no teeth.  I don't mind, it makes nursing much more comfortable.  Once again, Olivia got her teeth late too.  Our babies follow the same trends I guess.


She is still sooo clingy and just loves to be held.  When we are playing on the floor she has to be in my lap, not just next to it.  She is a Mama's girl, but also loves her dad so much and most of the time likes to go to him too.

Berlin loves solid food.  She has always been neither here nor there for breastfeeding (which is interesting, considering how much she likes to be held), but when it comes to solids she can put. it. away.  This girl could eat more than me if I let her.  She loves anything.  I've been making homemade whole-wheat bread a lot more often now because it has become an easy, healthy, unprocessed snack for her.  I make whole-wheat banana applesauce waffles and then freeze the sections to thaw for snacks.  She also has bananas, peeled and sliced grapes, soft zucchini, cereal, yogurt, cheese, and baby foods.  She is still pretty limited since she has no teeth.

She takes a nap every morning from 9 to 11, an afternoon nap from 1 to 3, and then sleeps the whole night without waking from 7 to 7.  She goes to sleep extremely well and without a fuss.

She loves her binky and reaches for it when she is sad (aka any time I put her down).  Her pediatrician recommends weaning her as soon as she hits a year for dental purposes and security/self soothing purposes and I'm not looking forward to it.  I'm sure she'll be good about it though and after a couple of tough nights she'll be totally fine.

She is still so serious, but always has a smile ready.  She is very smart, catches onto things quickly, and can read emotions.  She started pulling hair like it was a game and would laugh (especially Livi's), but after a few times of gently telling her no no and opening her hand she learned not to.  She sometimes still can't help herself with Olivia's though.  It's a small payback for all of the heckling Liv gives  her.