In January my grandfather passed away.  He lived in Brigham City and my dad called me and told me he wasn't doing well and that he was going to drive up from Hurricane to see him.  I rode up with my dad and brother and we were able to speak to him and spend a little time with him a few days before he died.  I'm so glad I was able to go up and see him one last time.  He was an amazing man, born in Grouse Creek in 1919, he served in WWII in the Air Corps.  He was a cattle rancher, teacher, real estate agent, security guard, deputy sheriff, and a writer.  He was 95 when he passed.  I had the opportunity to sing at his funeral with two of his other granddaughters and it was such a great experience.  The funeral was beautiful, with such great tributes and talks given (my dad's was the best talk I've ever heard given about someone), and a 3 gun salute at the burial, with an American flag presented to my grandmother by veterans. 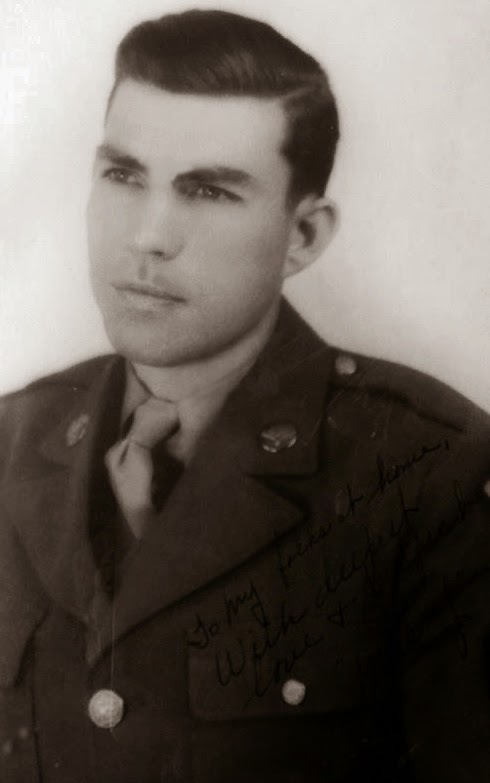 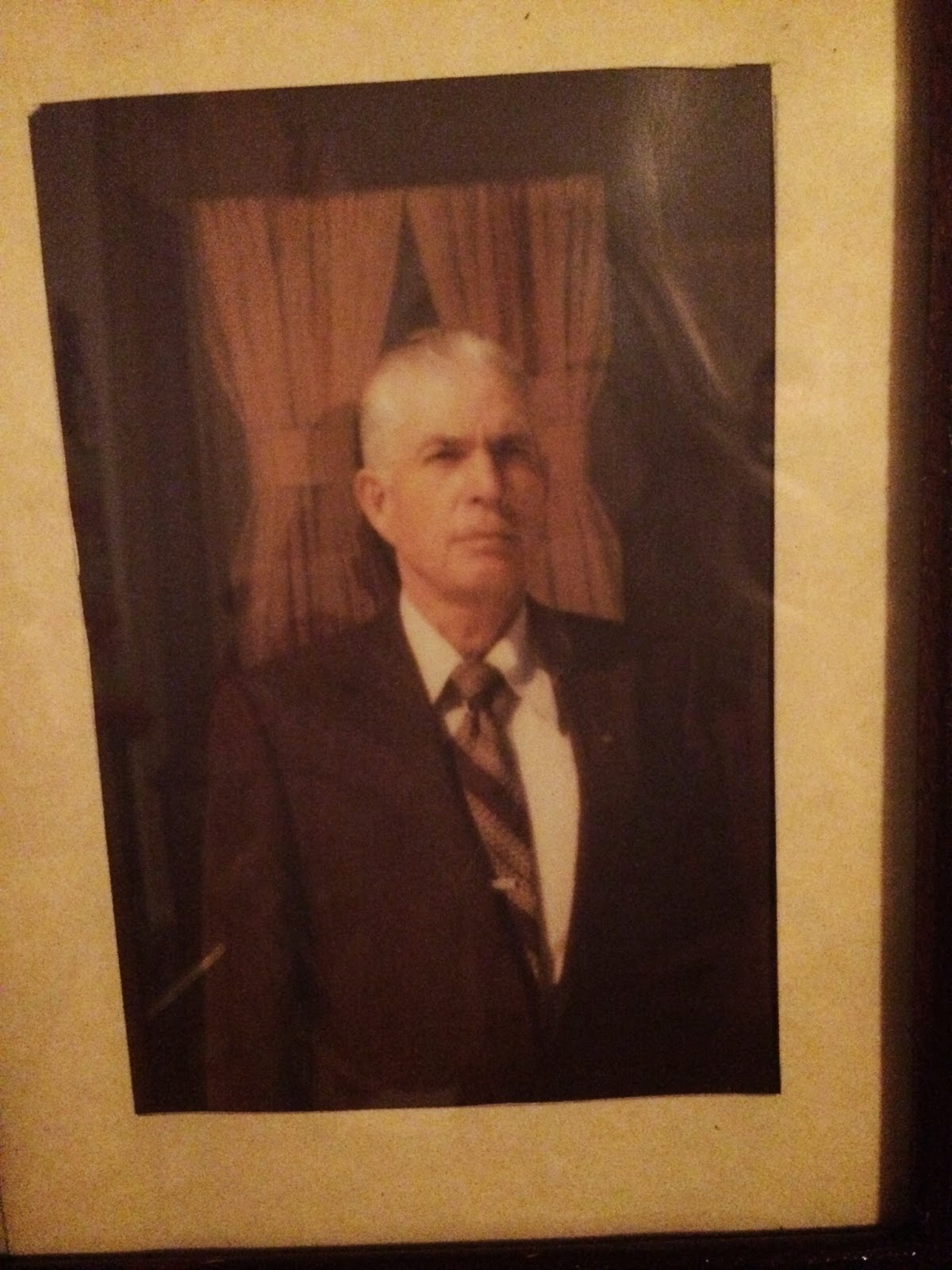 If you look at my dad in the pictures below and my grandpa in the above right photo you can see how similar they look!  I bet my brother will look much alike too when he's older. 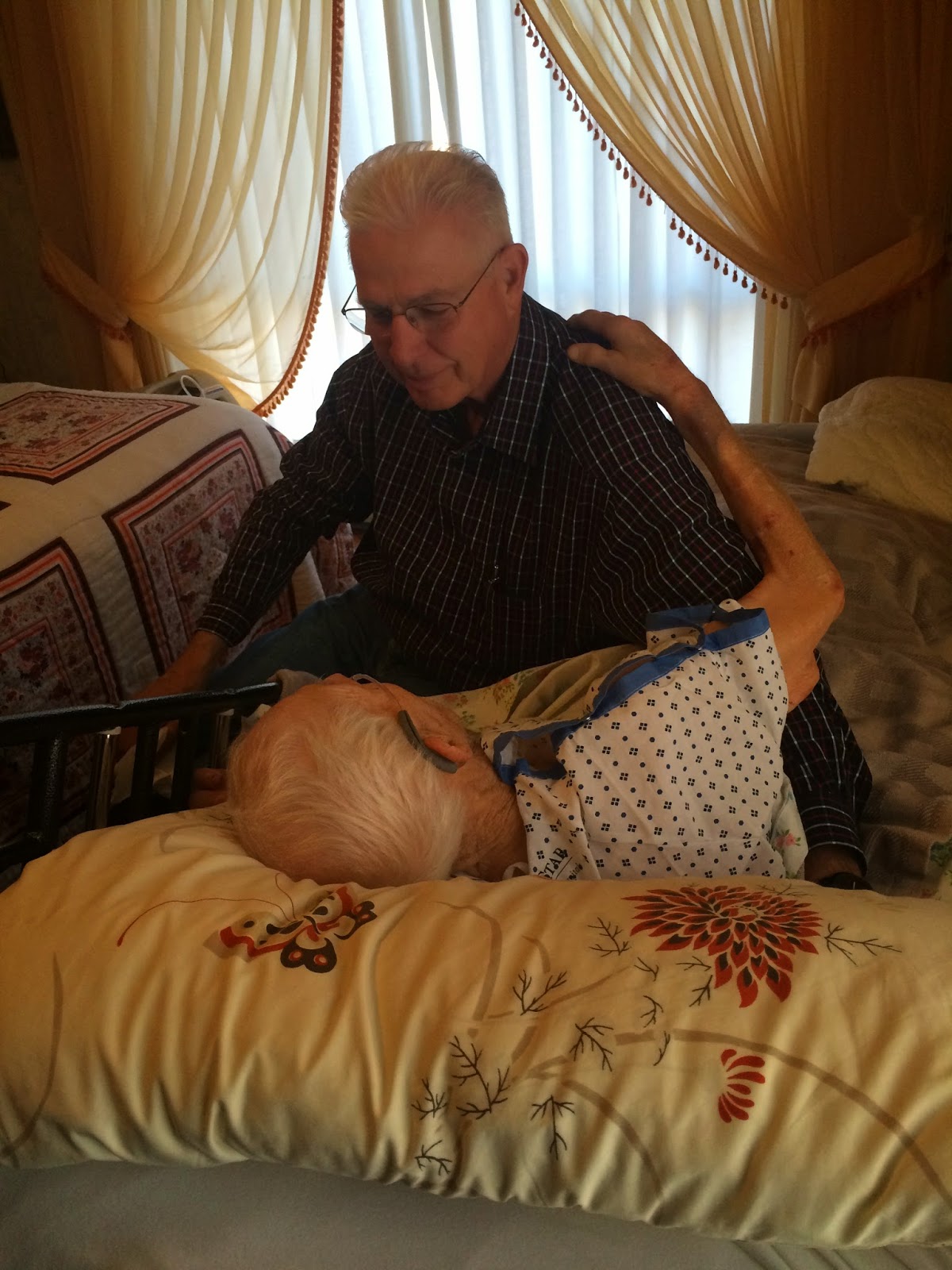 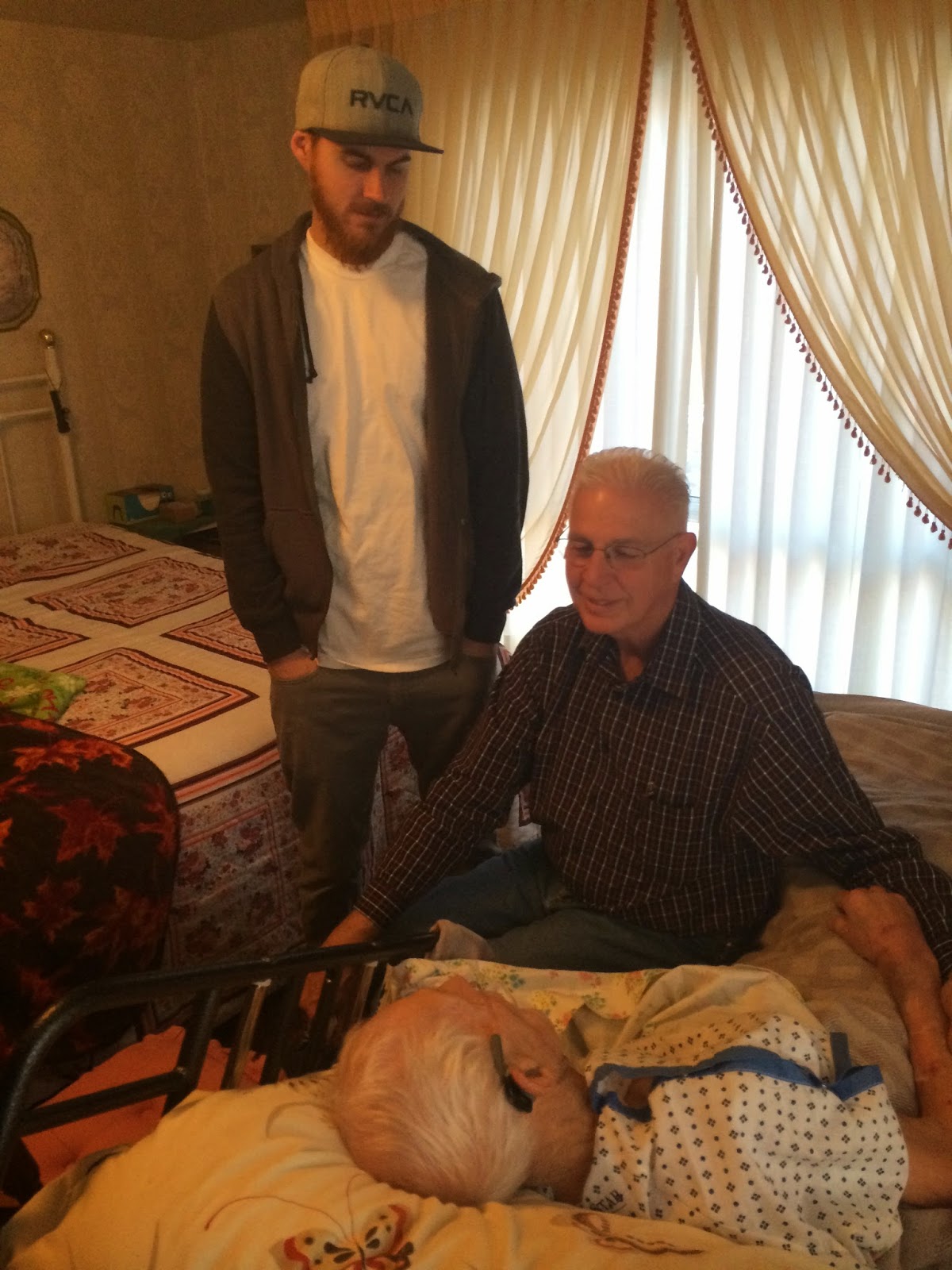 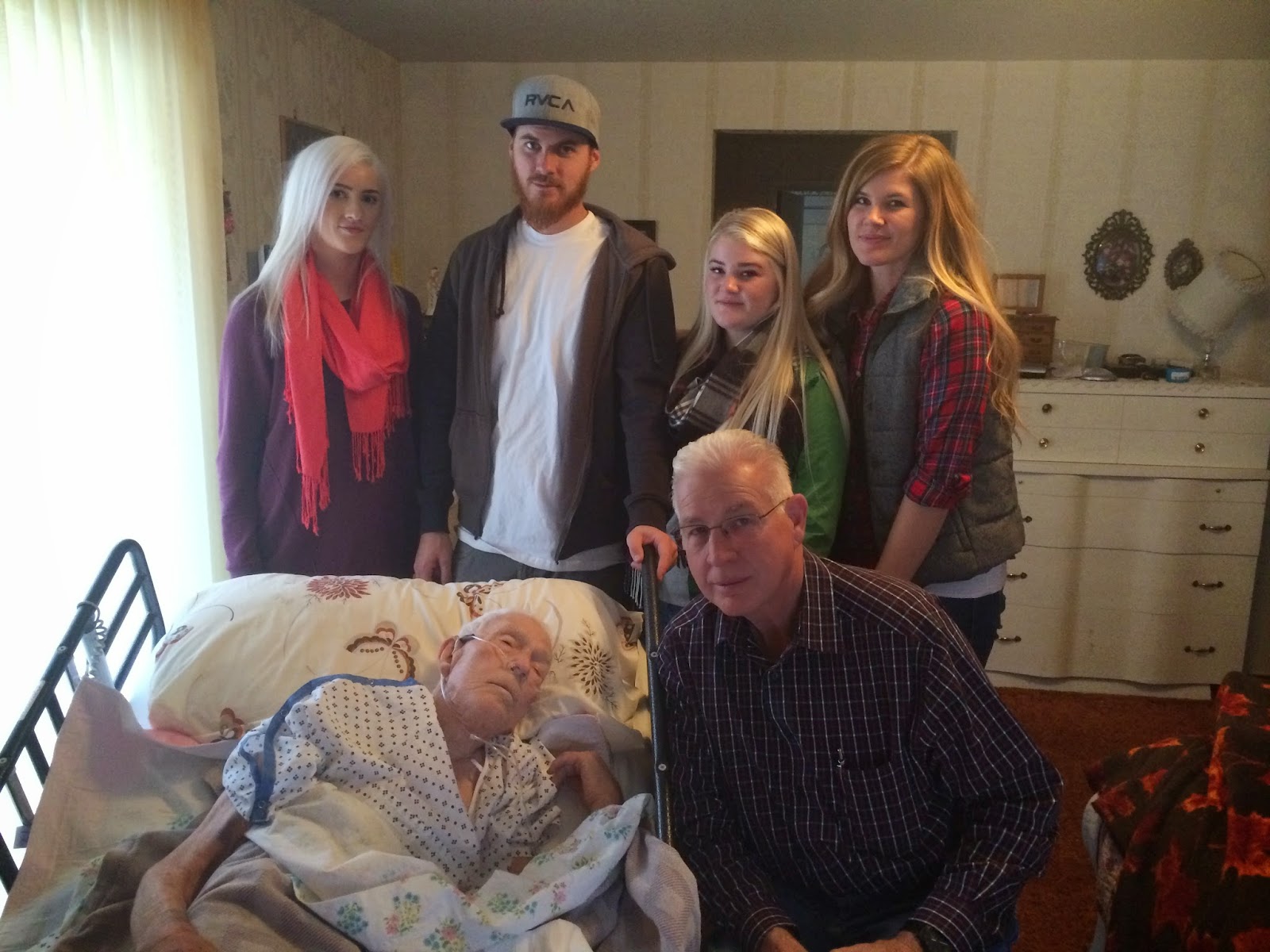 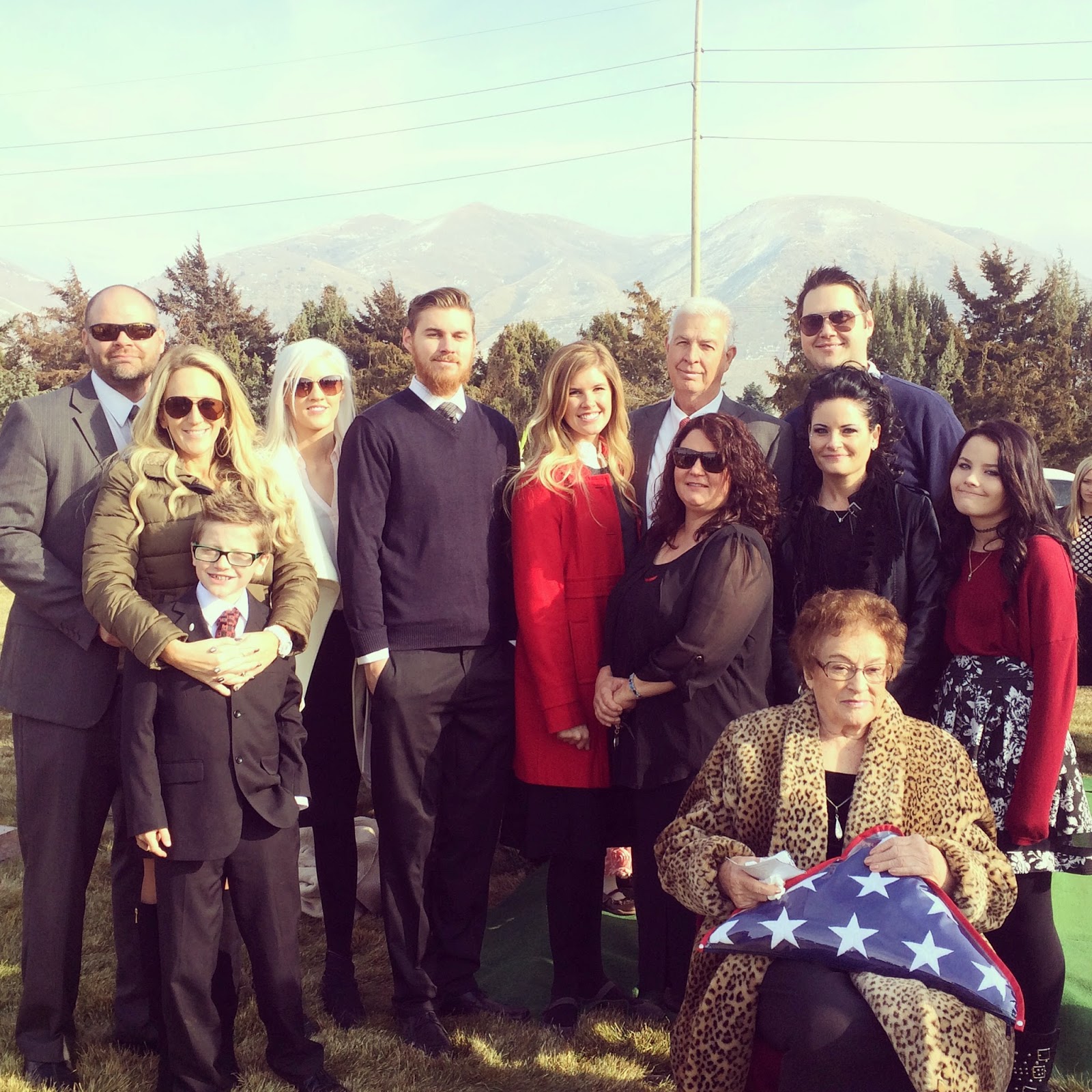 Also, how handsome is this picture of my dad I found?  I asked him about it and he told me the funny story.  It was taken on his LDS mission when he was about 20.  He was assistant the the mission president and the president had brought up to him that he thought they shouldn't allow the missionaries to play basketball on preparation day anymore because so many were getting hurt and one even had to go home because of an injury.  My dad convinced the president not to stop the missionaries from playing.  The next day my dad was playing basketball and took an elbow to the eye, splitting it open and giving him a nasty gash and a black eye!!  The next day he had to drop something off at the  mission president's house and tried to keep his head turned to hide the injury haha!  The president obviously noticed it and they had a good laugh about it, but basketball was still allowed to continue.  There happened to be a member in the ward who was a plastic surgeon and he was able to stitch it up correctly (at no charge) to prevent much scarring.  This photo was taken a few weeks later when it was almost healed.