Jack and I HATE going out on a traditional date for Valentine's day because it's what every single other couple is doing in Utah and it's impossible to drive anywhere or sit at a restaurant.  We seriously procrastinated thinking about plans this year and I made a reservation in Salt Lake the night before (well, V-day was on a Sunday so we planned a date for Saturday night like everyone else).  My sister got stuck in the date night traffic coming up and we missed our reservation, miraculously got a table at Olive Garden because we called ahead, walked around Target, waiting half an hour for some shakes at JCWs, and were late for our movie, How to be Single haha.  It was a frustrating night but the movie was pretty good and it made us happy that we get a regular date night every Wednesday night and don't have to much importance set on the Valentine's Date and don't have to compete normally.  Sunday morning Jack gave me some beautiful calla lilies and a funny card with a bunch of cash.  I gave him a new bathrobe and slippers.  He arranged a scavenger hunt for the girls to find their treats and they had to look at close up pictures on his phone to see where the clues were, Berlin was so good at it!  Sunday night my mother in law and sister in law dropped off homemade merengue for the girls and then my brother stopped by to see Asher again and chat.  After he left I made filet mignon and roasted vegetables and we watched our favorite movie, About Time. 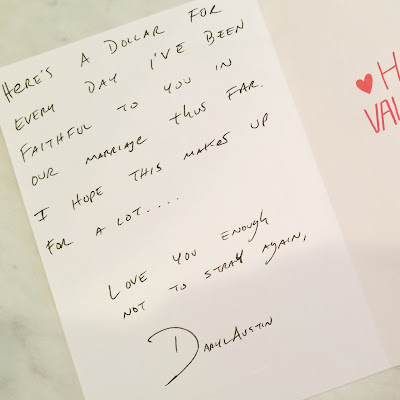 <<---I laughed super hard...and then bought a lot of clothes with the guilt money ;)


Jack was a bit miffed with the floral company because the calla lilies were suppose to be part of a whole arrangement but they just stuck three in a vase.  He was in a hurry when he went to pick them up though so he just took it and vowed never to go there again.  I still think they are beautiful :) 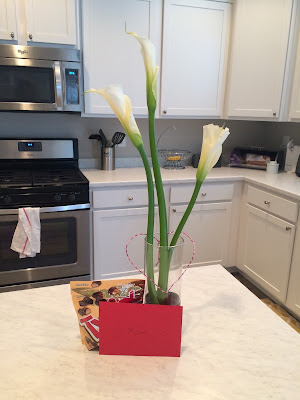 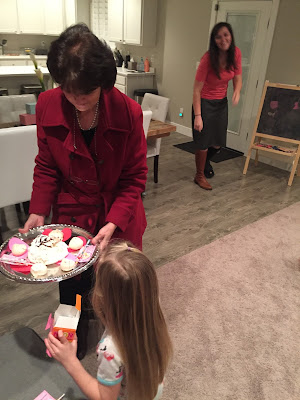 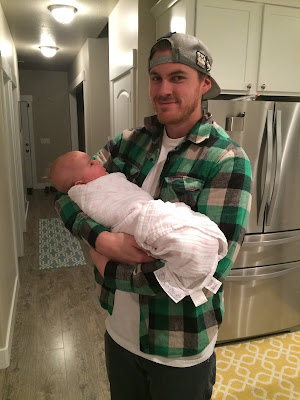 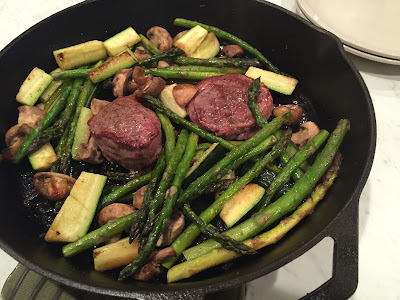 and of course I have to post a pic of Asher asleep on Jack in church... wish I could spend sacrament meeting like this ;) jk, jk 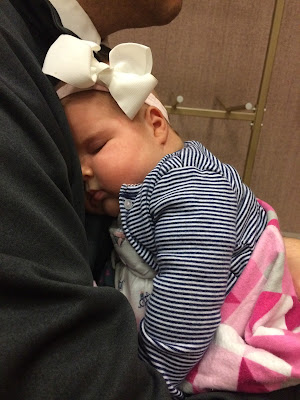