Our dentists office, Stonehaven, reserves Seven Peaks every year free just for patients and we decided to go this year.  I was worried about going with Asher because she wouldn't be able to do anything, but honestly it was such a blast!  Jack's brother and his family came and we took our girls on a bunch of the big slides with tubes, took Asher on the big slides without tubes, and the kids played in the kiddie area a lot.  Kanessa and I watched the kids while the big boys went on some wild rides and then we switched.  Kanessa and I were the last ones on the Boomerang and Vortex (I had to look up those names because we've always called them the "half pipe" and "toilet bowl" haha).  The park was so uncrowded and we didn't have to wait for any of the rides!  We left at sunset and instead of taking our kids home to bed we went to Liv's favorite restaurant, Red Robin, and had a late night dinner of amazing greasy food.  It was a great way to wind down with summer. 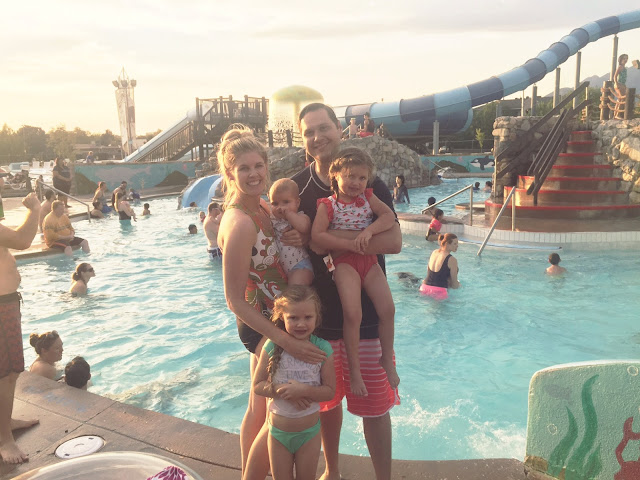 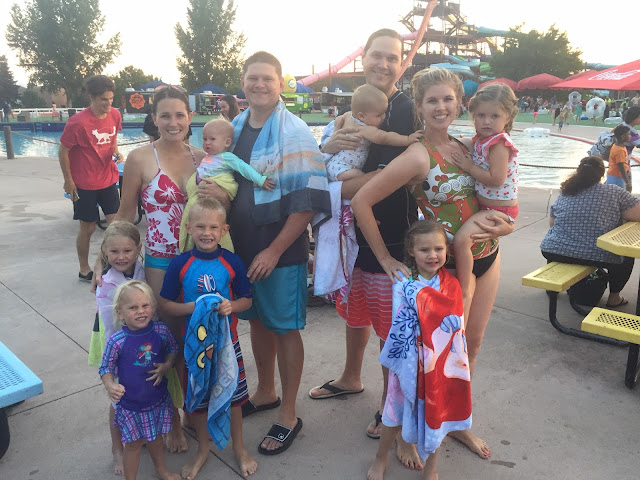 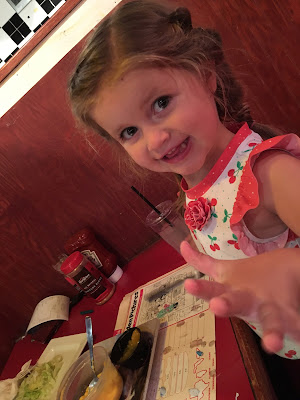